A book about a bamboo camel was launched at a Woodvale Baptist Church service recently.

Woodvale Baptist Church Senior Pastor, Rob Furlong, said, “We’re proud to have launched Ross James’s memoir, Ascent Crest Perspective: the making of a bamboo camel, because we believe that he has a message for all of us. And, the fact is, when Ross describes himself as a bamboo camel, he really means it!”

Dr Ross James is the founder of Health Communication Resources Inc., which has pioneered community-centred media ministries with faith-based organisations in Asia and Africa, and WA’s Mid West.

Ross and his wife, Jill, have been members of Woodvale for over 20 years and their international ministry has been supported by the church for many of those years. Ross is a story teller, so his memoir offers story after story that outline unexpected career changes (a third-generation funeral director to a journalist to a health communication specialist) and ministry in the Seychelles Islands, the Philippines, Pakistan and many other Asian locations.

Rob Furlong said, “Ross delves into 40 years of journaling to try and understand how Providence designed him for a purpose. With great vulnerability and insight he concludes — and this is why we have so much to learn from Ross — he concludes that he isn’t complete, but the pieces that are left are enough for Providence. It’s a truly authentic reflection of someone’s dependence on Providence to maintain a steadfast life lived in response to circumstances that few are called upon to endure. 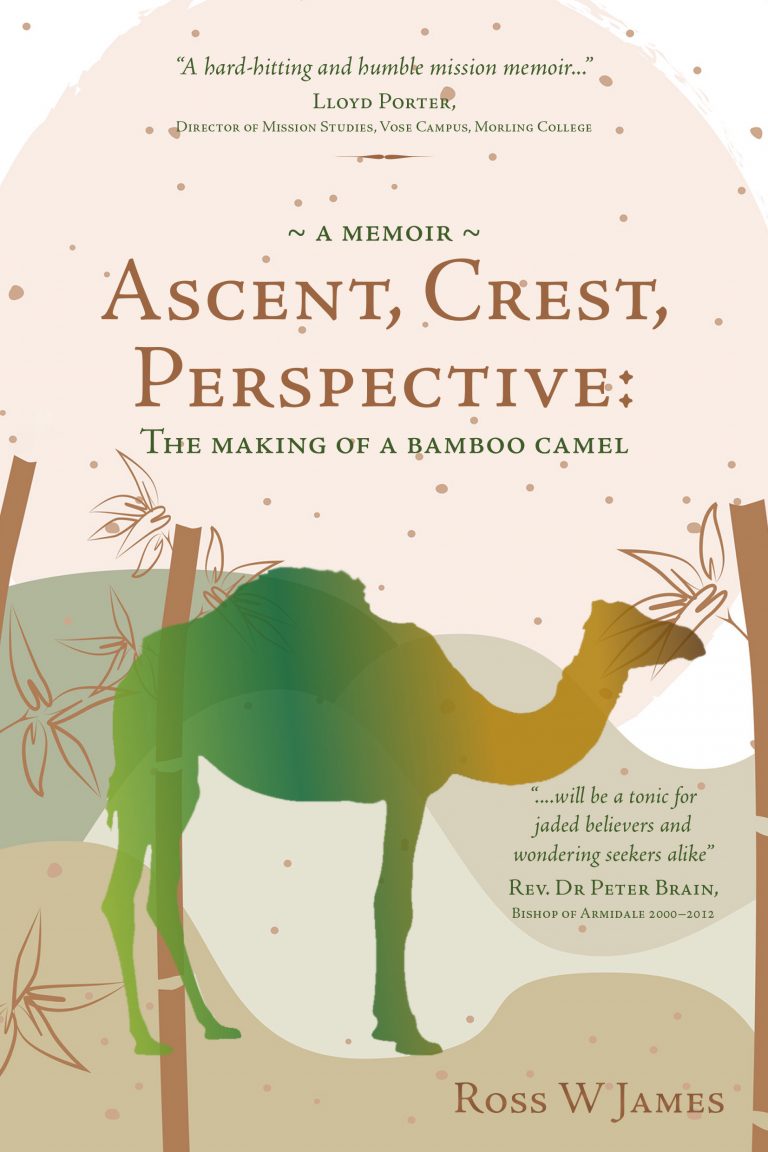 “There’s lots of laugh-out-loud stories, but they all add to the progression of evidence that for the purposes of Providence, Ross had to be designed as a bamboo camel, flexible and tough enough to endue harsh ministry environments.

“It’s a fascinating and encouraging story for us all”, said Pastor Rob. “Lloyd Porter (Vose Campus, Morling College) says ’it is a hard-hitting and humble mission memoir’, and Graham Mabury says the memoir ‘drips with perspective that comes from having climbed the mountain but reflected with honesty and humility’. The memoir has all that and more.“

For more information about “Ascent, Crest, Perspective – the Making of a Bamboo Camel”, go to thebamboocamel.com.au

An account of the creation of the bionic ear, a reappraisal of two of Australia’s so-called colonial heroes and a popular-level repackaging of an award-winning evangelism textbook are among the shortlisted books for the 2021 Australian Christian Book of the Year Award.

The Rev. Dr John Harris – author of the seminal One Blood, 200 Years of Aboriginal Encounter with Christianity, on the relationship between Indigenous people and the Australian church – is in the running for this year’s award, for his new book Judging the Macquaries: Injustice and Mercy in Colonial Australia.

In the book, Harris offers his assessment on the character of Lachlan Macquarie and his adversary, Samuel Marsden, a senior chaplain in the colony of New South Wales. “It ended up being a book about … what people thought of [Lachlan Macquarie] at the time, both those who loved him and admired him – and those who immensely disliked him,” Harris told Eternity.

Professor Graeme Clark, the man who invented the cochlear implant, has been called a “giant of medical science” by former Prime Minister John Howard. He is 86 years old this year, and his book I Want to Fix Ears tells the story of the development of the cochlear implant 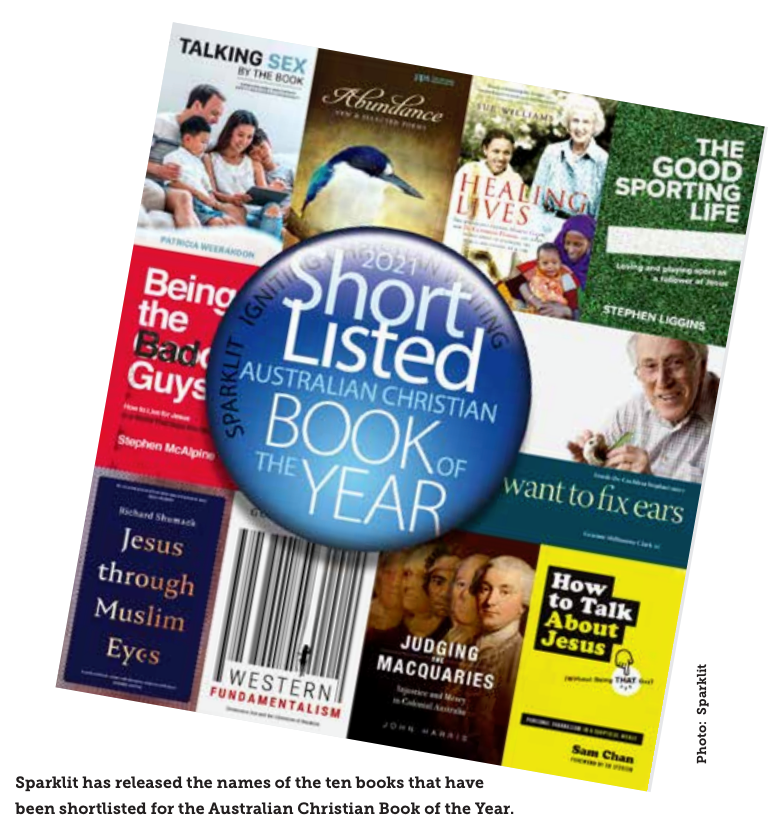 – a hearing device helping bring sound to the profoundly deaf – in his own words. He told Eternity in 2014 he believed that hearing is the primary sense for a Christian. “It’s about understanding language, Scripture and the meaning of words,” he said.

“After all, ‘I am the Word,’ said Jesus. If you understand words you really understand what it is to be human, relating to God.”

Sam Chan’s book How to Talk About Jesus (Without Being That Guy) has also made the shortlist. Chan won the US Christianity Today’s Book of the Year for evangelism in 2018 for his textbook-style tome, Evangelism in a Skeptical World. His latest book has been called a “popular-level repackaging” of that material, designed for everyday Christians.

What Associate Professor Gordon Menzies’ Western Fundamentalism is tackling has been described by another Christian economist, Professor Ian Harper AO, as “basic and often unstated assumptions that … are easily translated into the language of money”.

“This is why they cause havoc when applied in areas where, instead, human flourishing requires the language of love – where commitment, self-sacrifice and devoted service take the place of self-interested freedom of choice,” Harper said.

“Gordon’s analysis of the impact of Western fundamentalism in the arena of human relationships, especially sex and marriage, offers readers on the Left or Right profound and surprising – even disturbing – conclusions.”

Of the shortlist’s ten titles, only two are written by women. One of them is Sue Williams’ book, Healing Lives, that follows the friendship between Dr Catherine Hamlin, an Australian obstetrician and pioneer in fistula surgery, and her protégé Mamitu Gashe. Hamlin and Gashe first met when Gashe sought treatment for horrific childbirth injuries at the age of 14. Hamlin and her husband saved her, and Mamitu Gashe dedicated her life to Hamlin’s mission.

Under the iconic doctor’s guidance, Gashe went from mopping floors and comforting her fellow patients, to becoming one of the most acclaimed fistula surgeons in the world, despite never having had a day’s schooling.

The full shortlist is:

• Being the Bad Guys by Stephen McAlpine

• I Want to Fix Ears by Graeme Clark

• Judging the Macquaries by John Harris

• Talking Sex by the Book by Patricia Weerakoon

• Western Fundamentalism by Gordon Menzies The Australian Christian Book of the Year is awarded to an original book written by an Australian citizen. Last year’s winner was For the Love of God: How the church is better and worse than you ever imagined, by Natasha Moore and her colleagues at the Centre for Public Christianity.

This article is republished with permission from Eternity.

“Hymn of Heaven is full of praise and thankfulness, just lifting up the name of Jesus and speaking what we really know the reality is even though we don’t see it. All I want to do is facilitate moments where people can encounter the presence of God,” Phil said.

Wickham wrote the album with multiple other musicians including Chris Davenport (Hillsong) and Kalley Heiligenthal (Bethel).

“I just want to write songs that I’d want to sing with my church in a way that musically lights my heart up, and I think I’ve done that better on this record than I ever have before,” Wickham concluded. 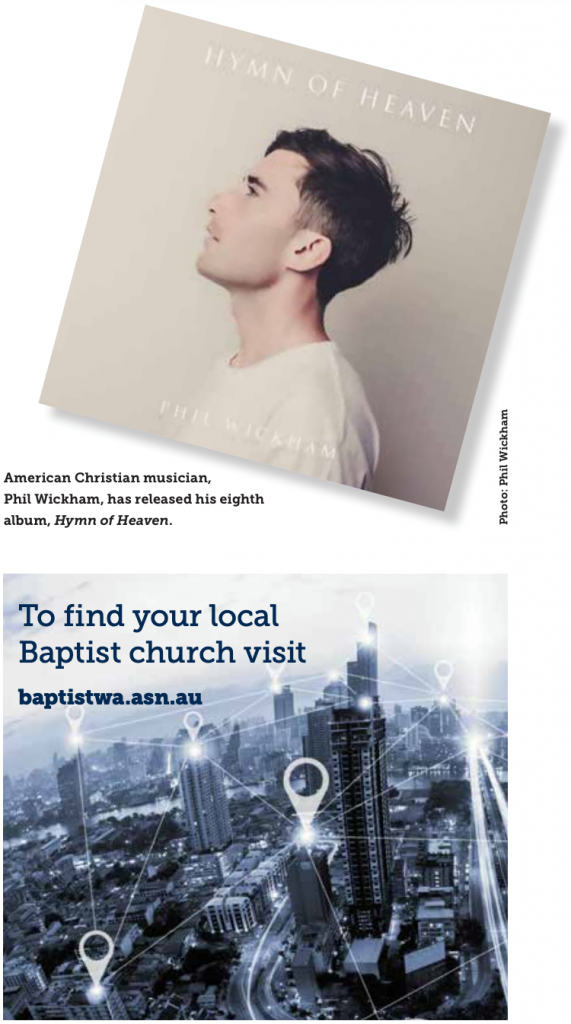 Sometimes you’ve got to make a mess to improve the situation.

My son got a mini Rubik’s Cube earlier in the year. Before long he got pretty good at getting half of it done – but could never complete it. This week however, with a bit of guidance, he finally solved it.

Life can be a bit like a Rubik’s Cube. With a bit of effort and perseverance, we get things working well enough. There are a few pieces out of place, but we live with that, because to sort those issues out means a lot of rearranging and complication.

Maybe you’re in a season that feels a bit jumbled. You’re waiting for the pieces to fall into place. For things to start making sense 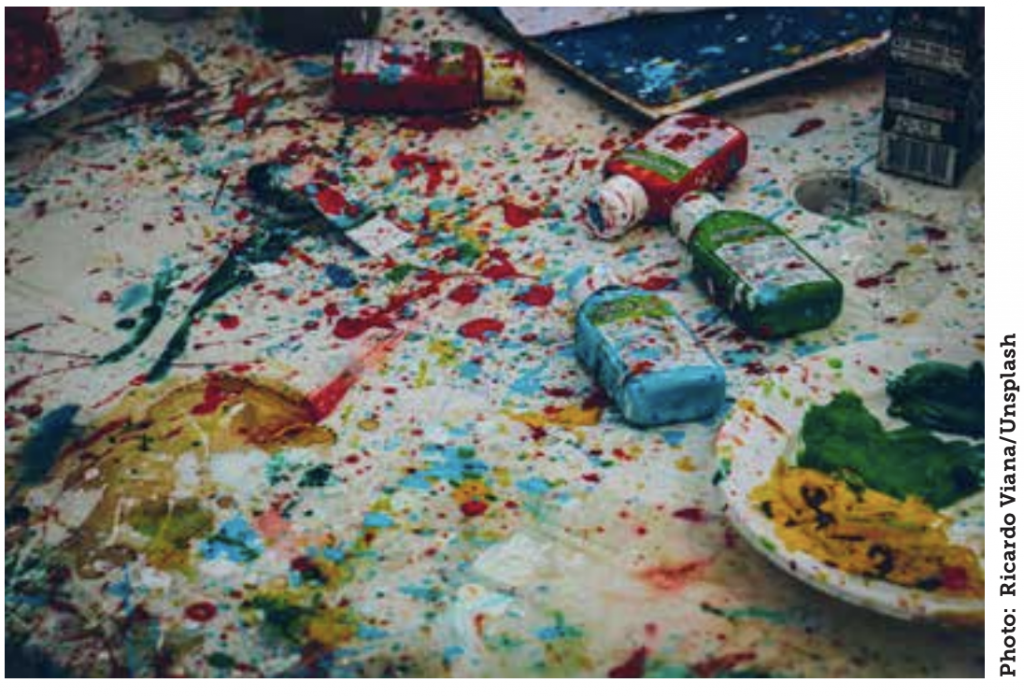 When I go out running, the best, most exciting runs involve finding new routes – new ways of getting places. To a certain extent, you can plan to find these unexplored tracks by looking at a map. But the best trails can’t be seen on a map. They need to be found on foot.

Likewise, to find the best in life, we need to combine both knowledge and faith.

These tracks remain undiscovered for most. It takes courage to follow a trail when you don’t know where it will lead. You might have to turn back. You may get lost. It could turn out to be a waste of time and energy.

And there usually comes a point where the track becomes very difficult and overgrown – a place where turning back feels like it’ll be the best option. Yet, I’ve found that often, this is the moment right before breakthrough – one last push and you’re out.

It’s then that you realise where you are and can see how all that came before makes sense.

Exploring a new path I’m stepping out in faith a bit this year. After 11 years of teaching, I’m taking leave to explore a new path. I anticipate there’ll be disruption and times of wondering what I was thinking. Leaving a secure job could be seen as reckless.

But I think that, while we shouldn’t go down every side trail we see, we shouldn’t ignore that nagging pull towards something that fits better.

Like cleaning out the top shelf of your cupboard or pulling out the Christmas decorations, mess is a necessary part of achieving anything worthwhile.

But it should also be temporary. Battling through muck endlessly for no reason, without a goal in sight, is not something to celebrate. There needs to be a purpose, a destination and a light at the end.

So, in some ways, where you are right now is not as important as where you’re wanting to get to. Jumbling your life up or taking a blind detour for the sake of it won’t end well. What keeps us going on the right track is the glimpse of a brighter future.

So, when you end up in the wilderness, either by choice or circumstances beyond your control, it becomes a positive place when you’re fixing your attention on getting to that better place.

Those who know the feeling of the last piece finally falling into place, or achieving the hope that for so long seemed a long way off, will tell you that it was all worth it.

Don’t let the mess deter you from chasing the vision for how things could be.

And don’t confuse short-term stillness for peace. Ignoring problems may keep everybody happy for a while, but it will usually end in explosive disaster. Instead, choose to plough through the struggle and nagging doubts with courage and integrity. Even if it means a period of deconstructing all that seemed stable … if not quite right.

Tom is a husband, father, teacher and long-distance runner. He enjoys an Indian curry, drives a French car and doesn’t mind a bit of English television. Tom enjoys playing sports of all kinds and dabbles in photography and design. He likes to listen to people’s stories.